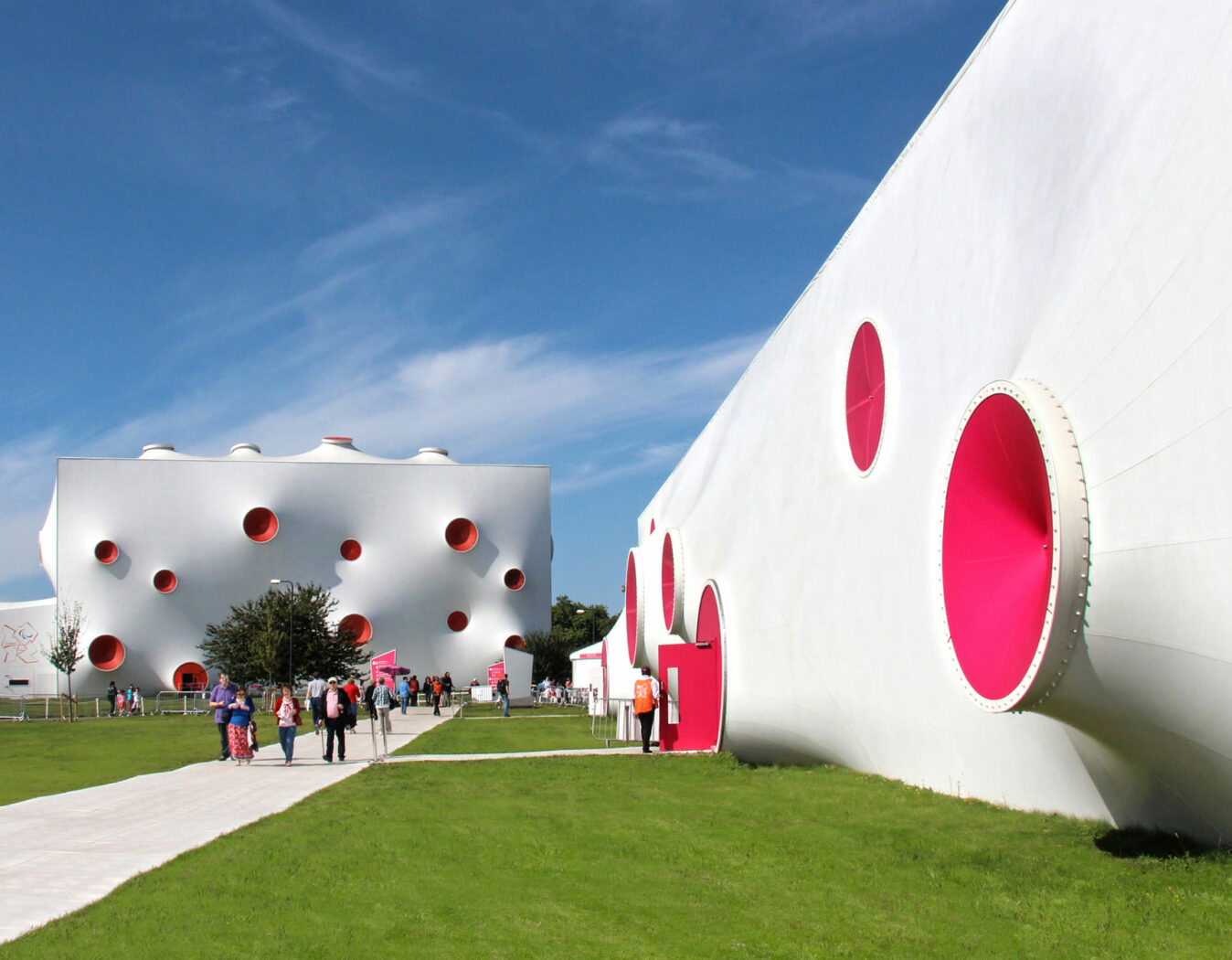 Stunning architecture has become a trademark of the modern Olympic and Paralympic Games, with environmental credentials being of paramount importance. As such these three structures are not only at the forefront of contemporary design, they are also fully demountable and relocatable, amply fulfilling these criteria. Together they hosted the Shooting, Paralympic Shooting and Paralympic Archery events. The set consisted of the 25 meter, Combined 50 & 100 meter and the Finals Shooting Ranges.

Each event structure is individually identified by the bright discs of colour which are set into the high and low points that create the undulations in the facades. The Orange themed Finals building measures in at a massive 25m x 47m x 50m, requiring 16,000m2 of fabric to fully clothe it inside and out. The Magenta themed Combined Range measuring 10m x 20m x 106m, requires 9,000m2 of fabric and the blue themed 25m Range building measuring 25m x 55m x 10m, 5,000m2. The high level discs incorporate ventilation openings whilst the ground level ones identify doorways for ingress through similarly coloured tunnels to the sporting arenas. 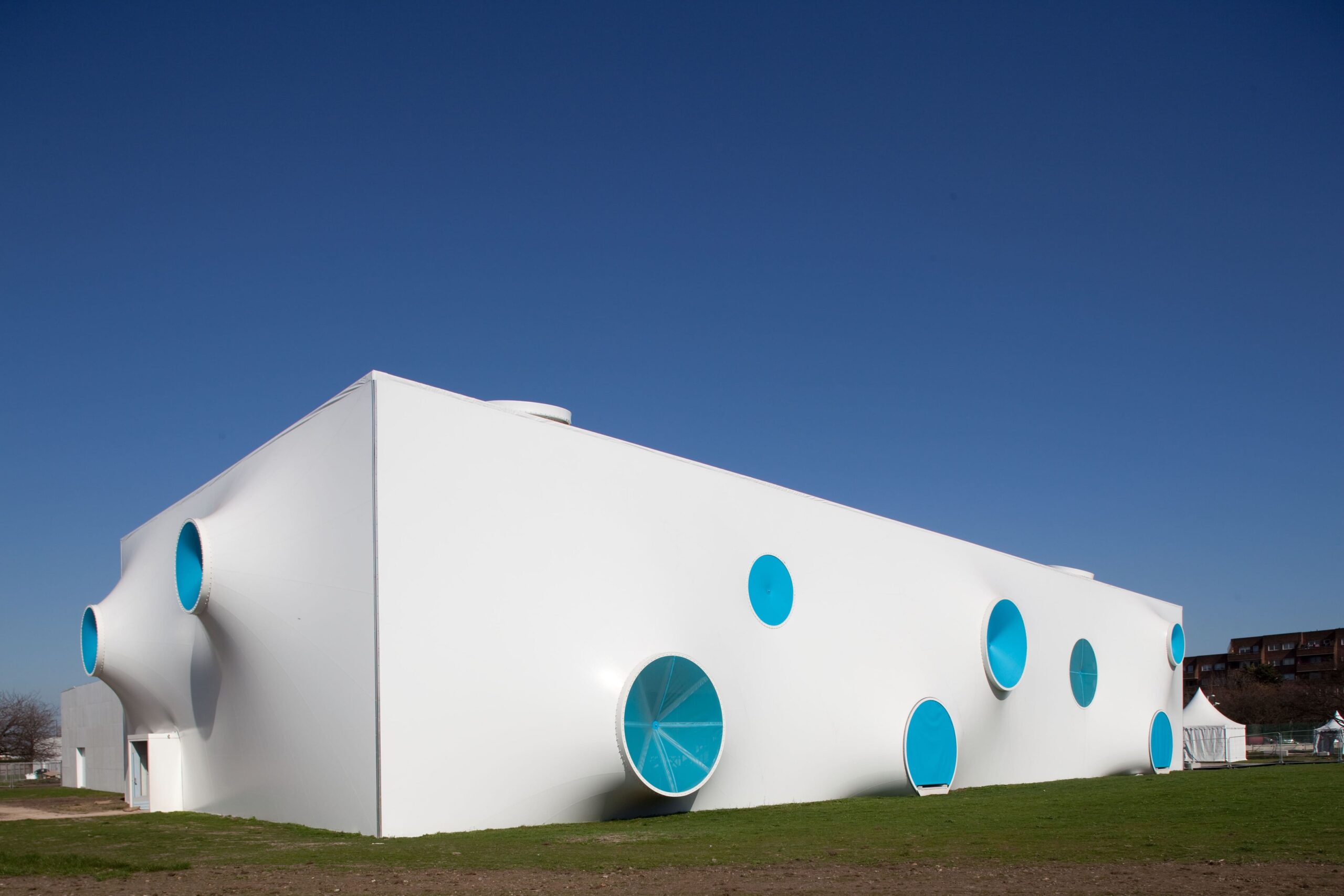 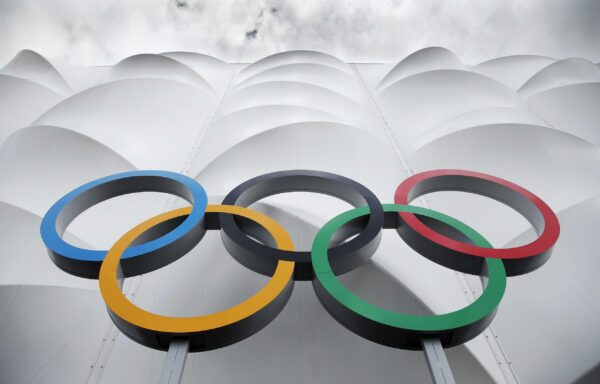 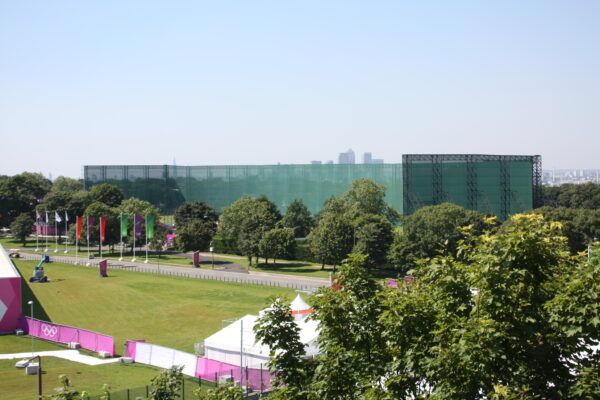 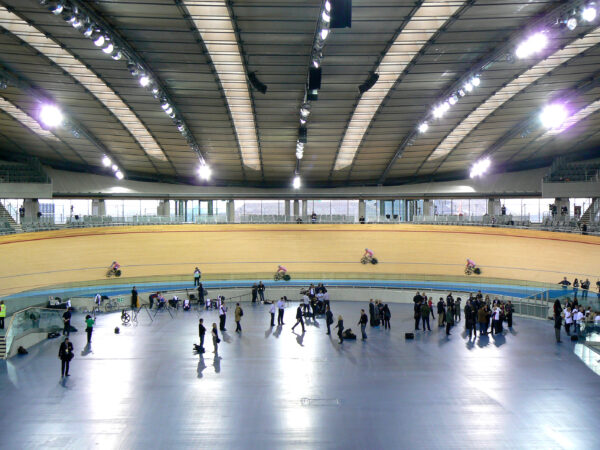