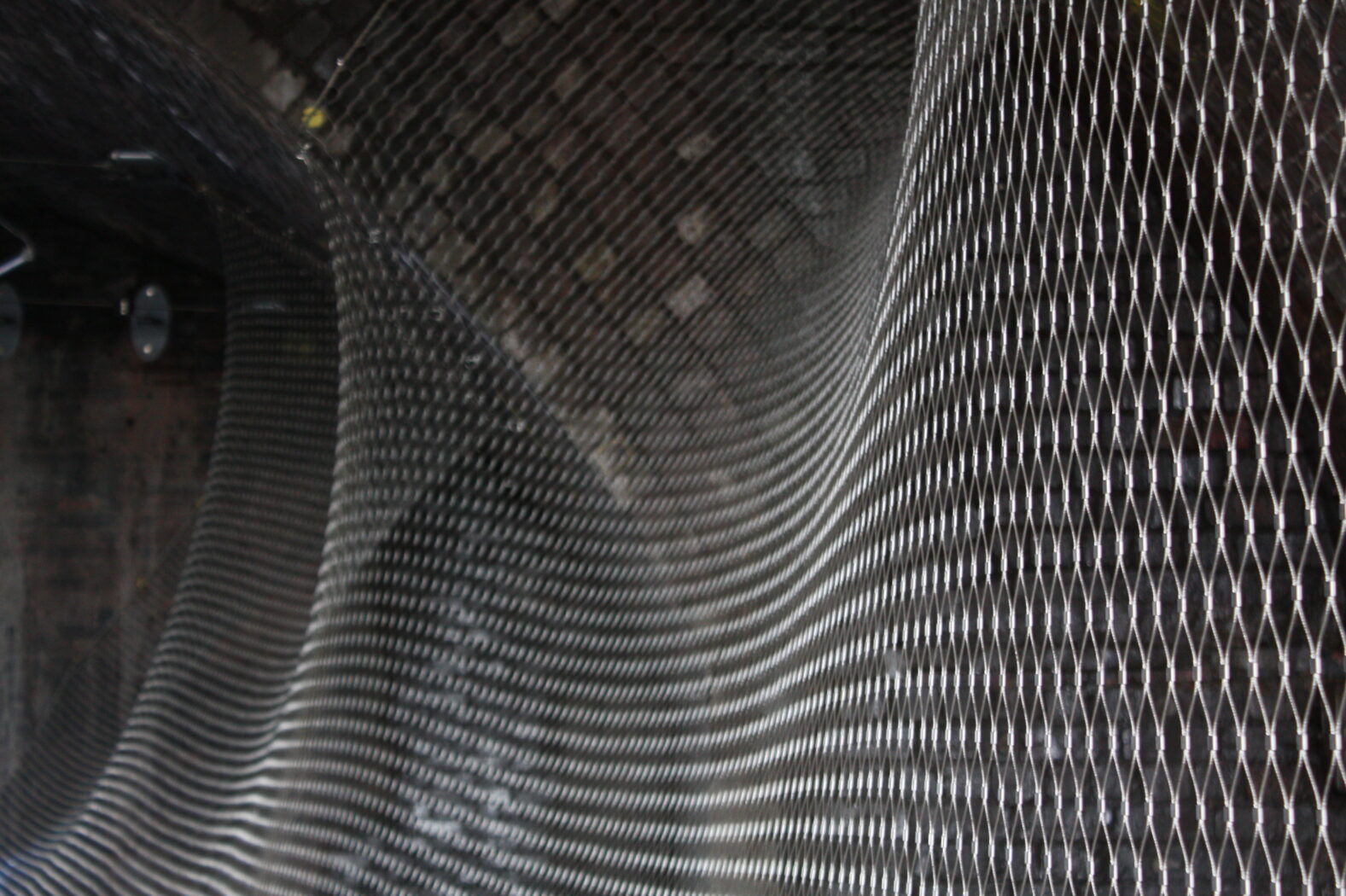 Following the success of the London 2012 Games, the Olympic Park in Stratford underwent another transformation to turn it into what is now known as Queen Elizabeth Olympic Park, fully reopening to the public in April 2014. Base were tasked with transforming an existing underpass in the south of the park (identified with the snappy name of U06) that was used as a pedestrian link to Pudding Mill Lane station. Consisting of a series of brick arches measuring 60 metres long, the underpass traverses directly underneath the Great Eastern main railway line.

Base fabricated and installed a cablenet supported lighting system consisting of 61 waterproof fluorescent luminaires suspended from a tensioned steel wire catenary with electro-polished fittings. Running the length of the underpass the cablenet is fixed to the existing brick structure of the underpass with cintec anchors. Elements from an existing cablenet structure on the Park that had been dismantled were reused to maximise value for money and sustainability for the project. 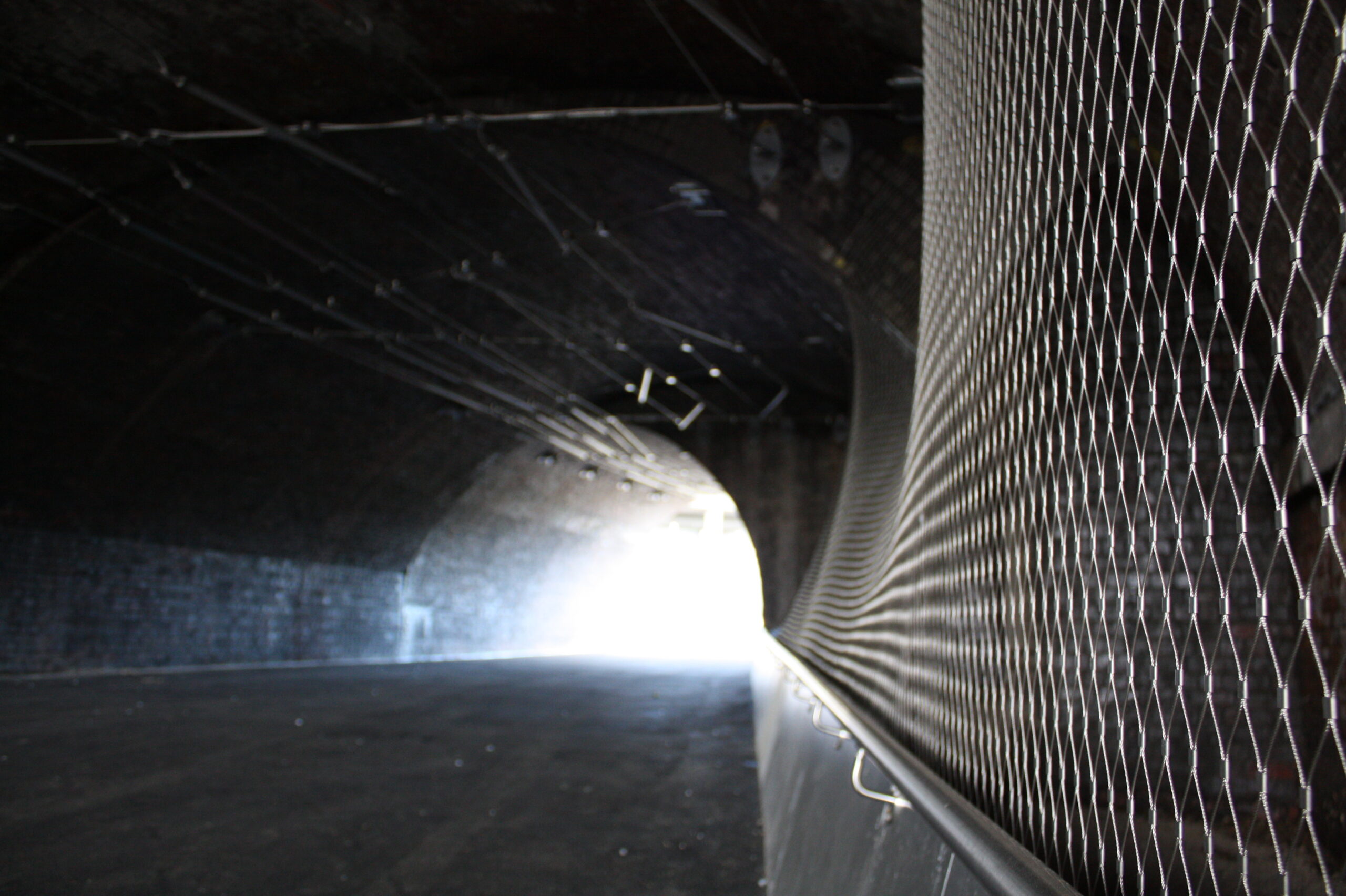 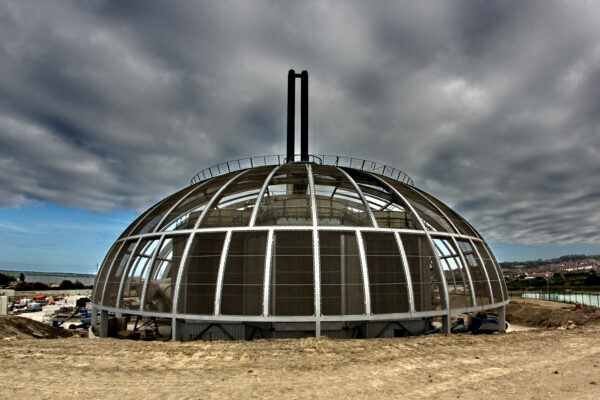 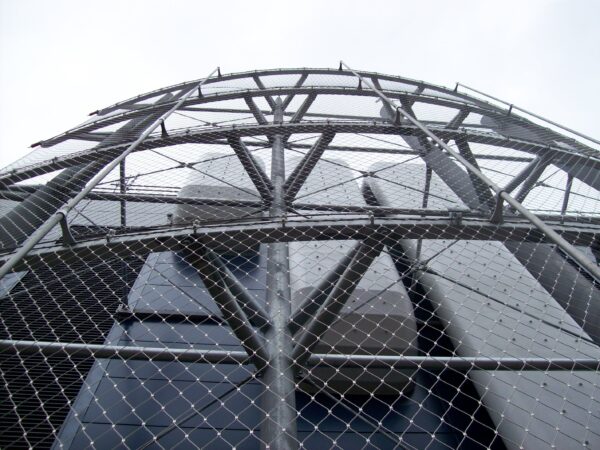 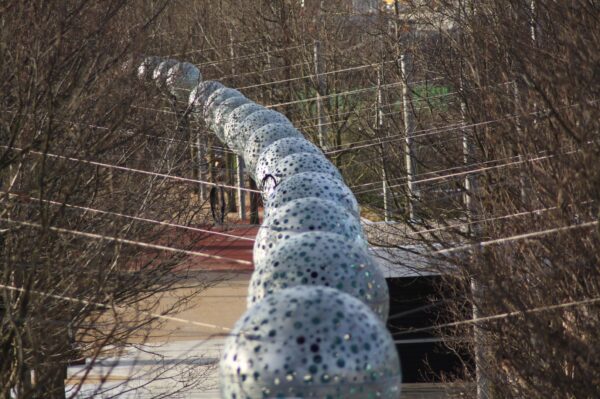