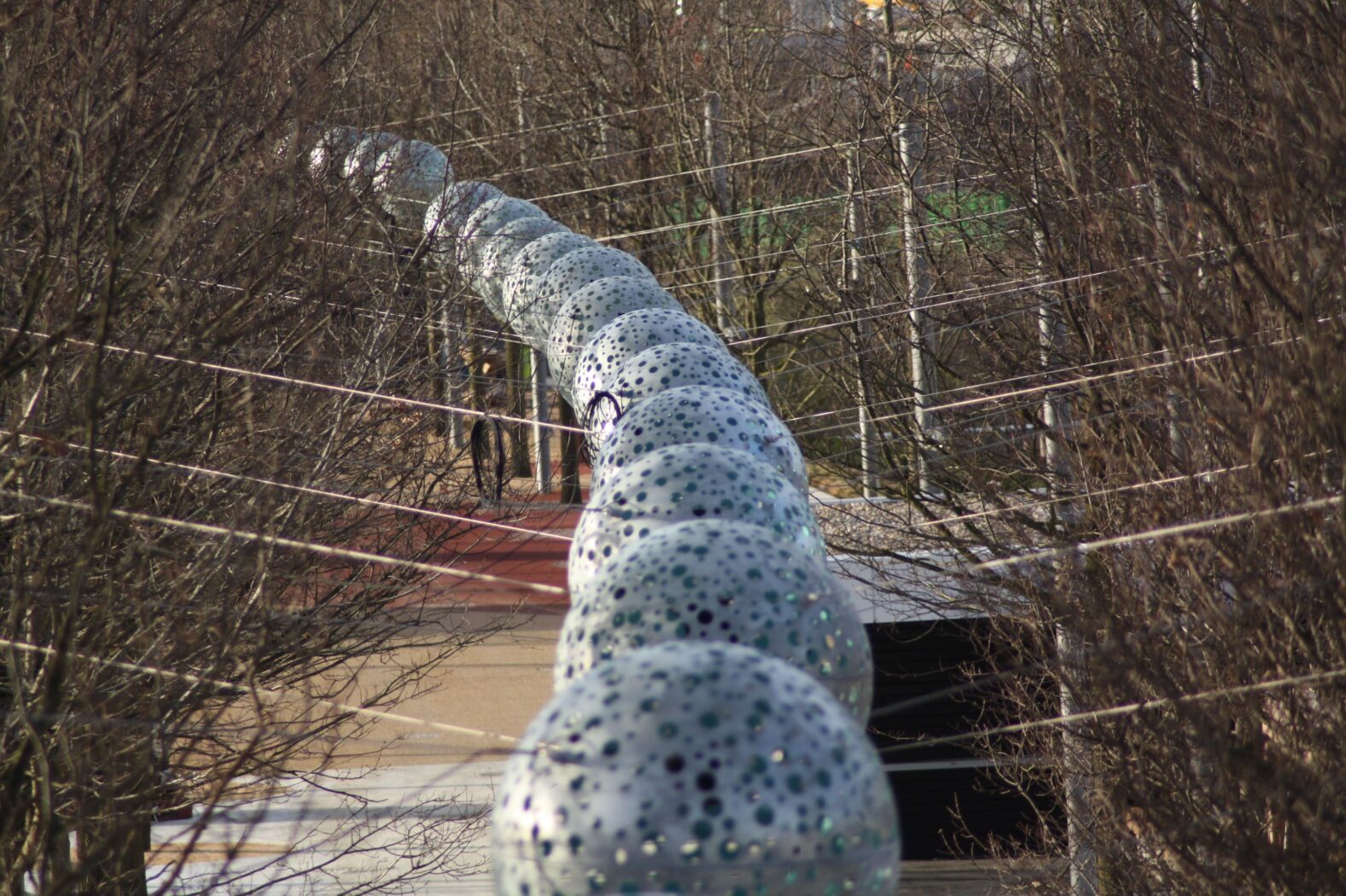 The South Plaza is a 10 hectare site located between the Olympic Stadium and the Aquatics Centre, re-landscaped after the Games by James Corner Field Operations (responsible for the successes of the New York Skyline landscaping project).

Base were tasked with installing a steel cable system to suspend 86 perforated steel lighting globes inherited from the Olympic Games. Running the length of a tree lined boulevard the cables will eventually be virtually invisible within the tree canopies as they grow over the coming years, creating the illusion that the globes are floating above the walkway.

Two pairs of tensioned steel cables are used to suspend each globe, connected to steel masts carefully positioned between the trees in such a way that they blend into the landscaping. The effects at night are certainly dramatic when the glowing orbs highlight the route for pedestrians.

Originally used as a thoroughfare for spectators on their way to the Olympic Stadium, the South Plaza now boasts illuminated tree lined boulevards, play parks, a small performance amphitheatre and benches aplenty. 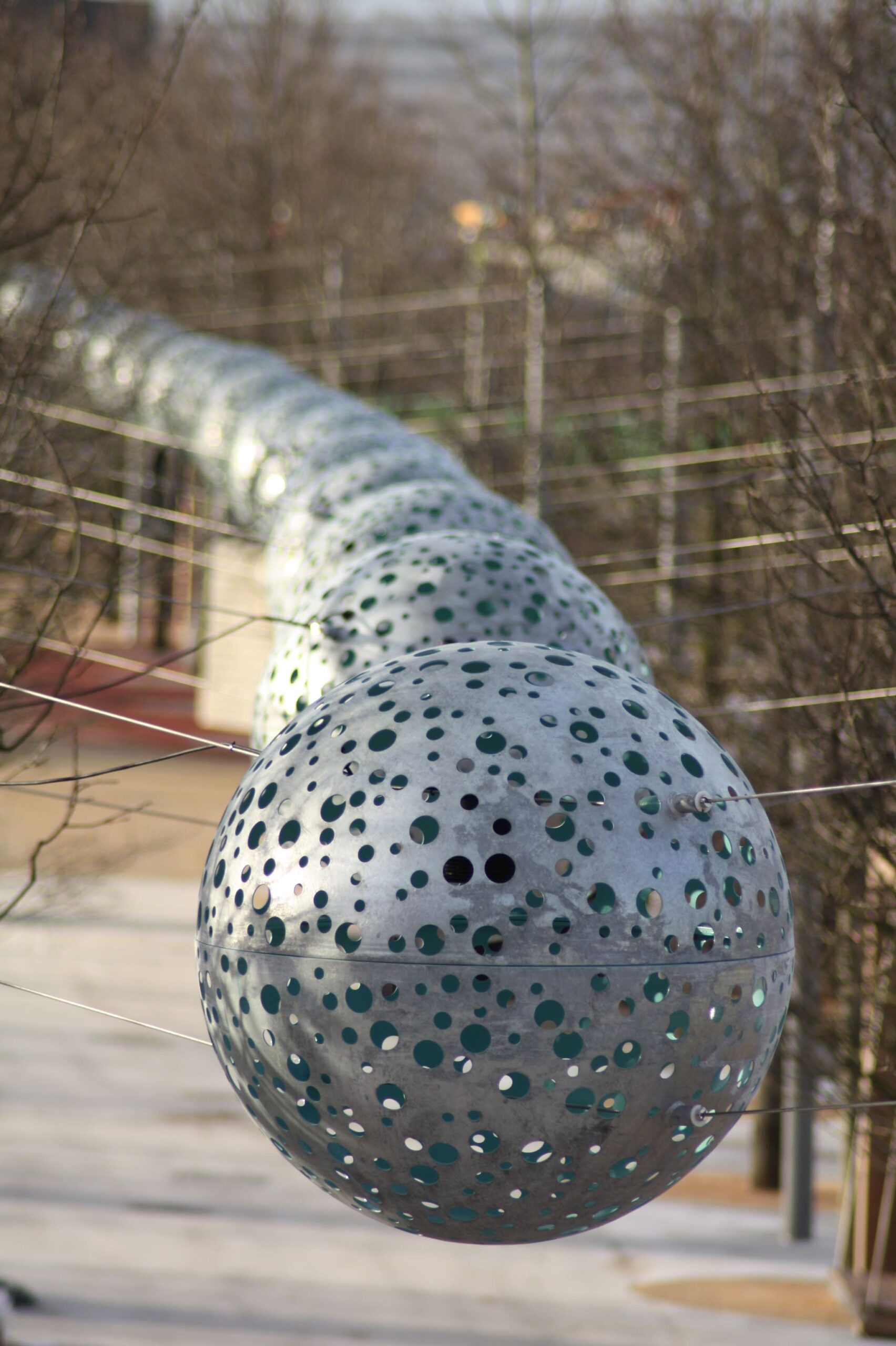 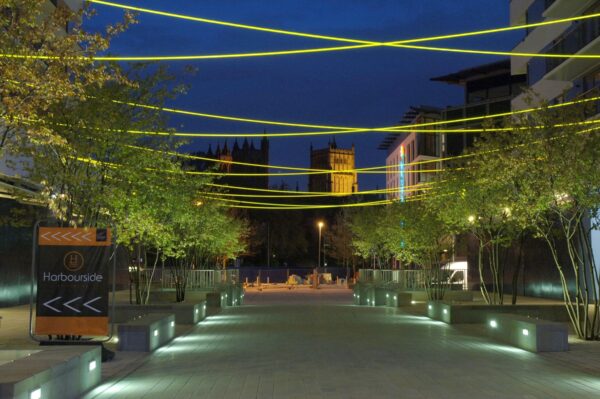 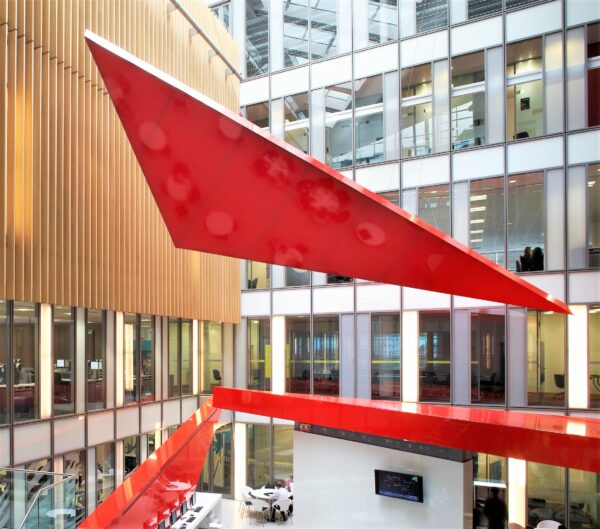 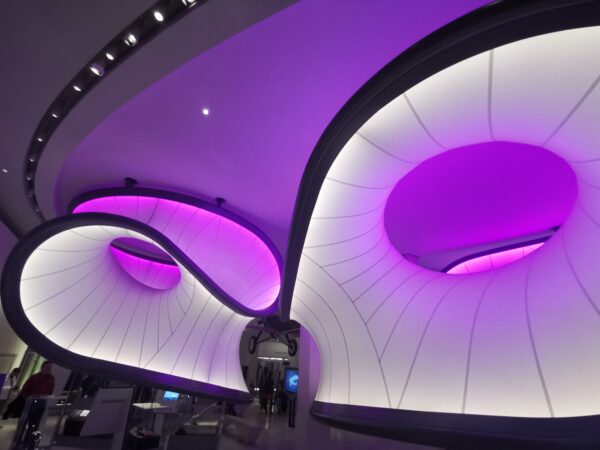