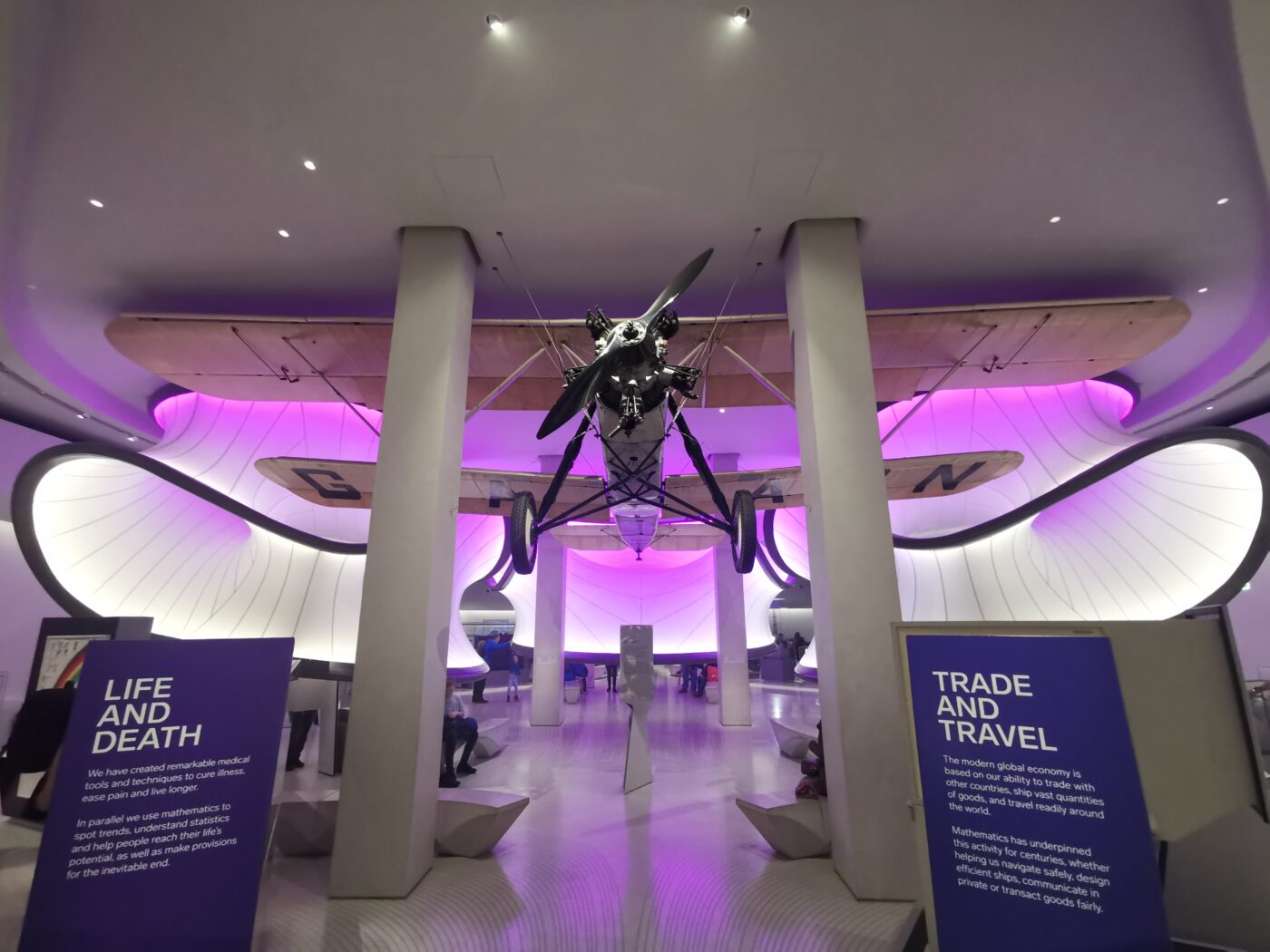 The centrepiece of the new Winton Gallery at London’s Science Museum is a trio of fabric pod sculptures clustered around the tail and wings of a vintage Handley Page aircraft.

The organic fabric forms and the layout of the surrounding gallery are an interpretation by Zaha Hadid Architects of the airflow vortices that would be generated by the plane.

We installed the complex structures, each consisting of a curved aluminium tubular frame suspended from the ceiling onto which two skins of semi-translucent PVC coated polyester are tensioned.

Multiple LED lighting strips are mounted between the skins and contribute to the stunning overall effect. Due to the complexity of the structures, one of the twin skins had to be split and fed through the apertures created by the other skin before being joined together with two hidden zips.

Base were also responsible for the installation of the interpretation surfaces adjacent to each exhibit. 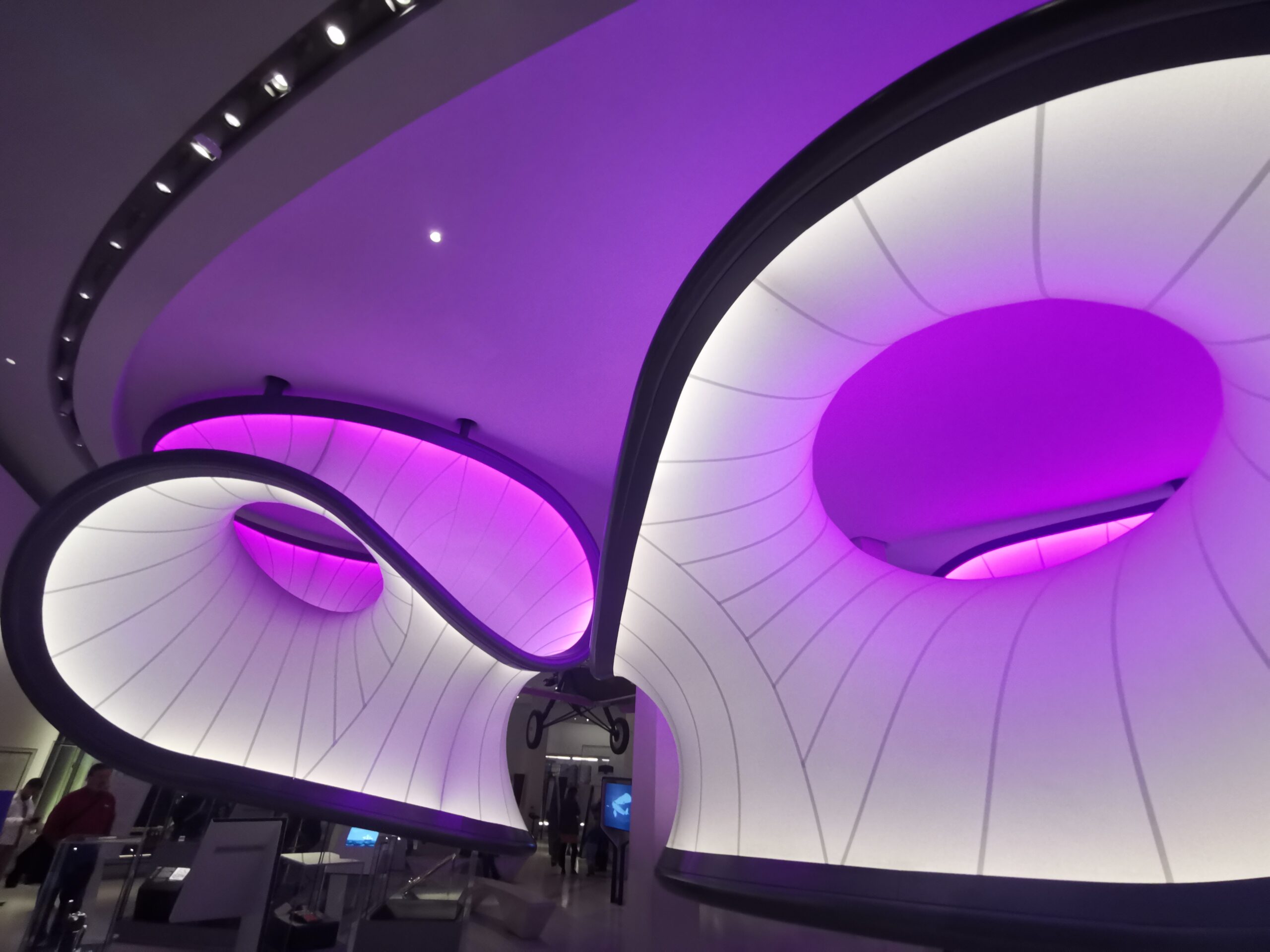 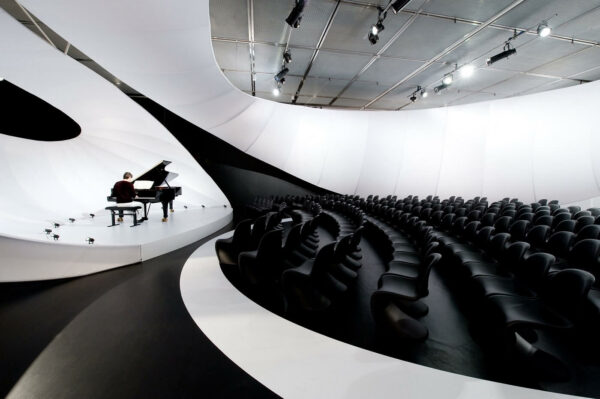 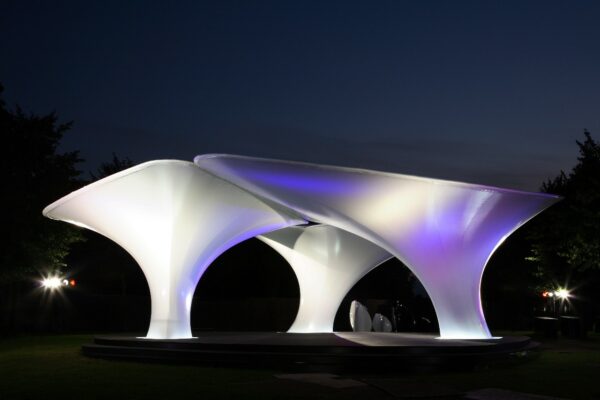