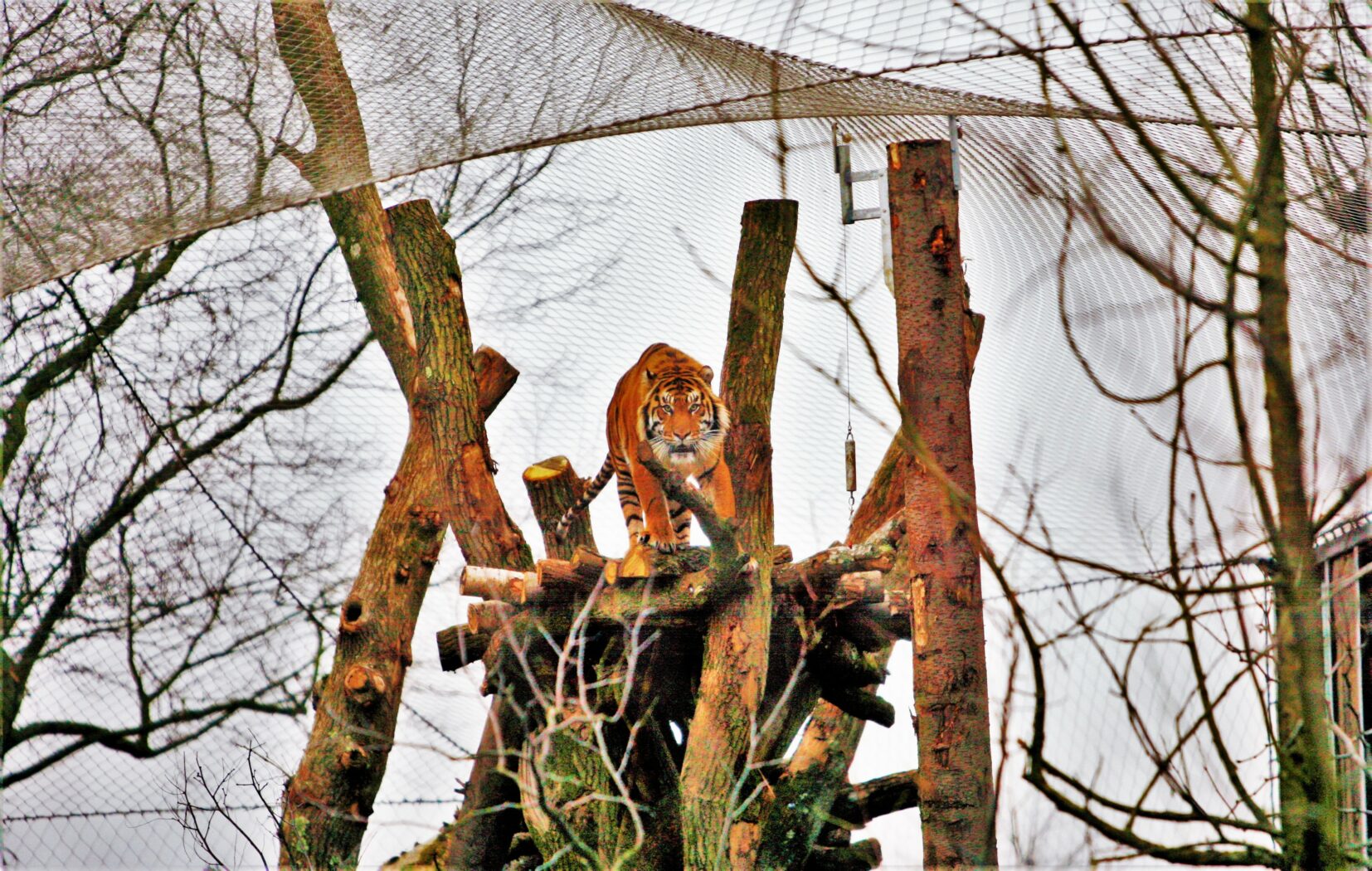 The critically endangered Sumatran tiger is one of the rarest subspecies of tiger with a remaining wild population of approximately 300 individuals. Due to a combination of poaching, habitat loss and human conflict the Sumatran tiger population has suffered a staggering 95% decline in the last decade, placing it at high risk of extinction on the IUCN Red List.

ZSL London Zoo have been working across the globe in a major effort to improve the fate of the Sumatran tiger, culminating with a new flagship ‘Tiger Territory’ facility. Not only enabling the zoo to embark on a critical breeding programme, ‘Tiger Territory’ also allows experts to gain valuable information about the elusive creatures that can be applied to conservation projects in the field. Tiger Territory is intended to be a centre to match-make Sumatran tigers from around the world, with the first inhabitants scheduled to be Jae Jae and Melati. Selected by the global breeding programme for the critically endangered species and prized as Europe’s most genetically important pair of Sumatran tigers, their cubs would be the first to be born at ZSL London Zoo for over 15 years.

For a project of such global significance the stakes were high for the new zoo structure. The primary focus was on animal welfare, conservation and the creation of the perfect environment for animal husbandry – rather than the creation of an architectural masterpiece. As Robin Fitzgerald, Project Manager at ZSL London Zoo summarised ‘Our goal was to seek out the latest technologies and designs that could match our husbandry and habitat requirements while still satisfying visitor needs.’

Key objectives were set out with a team of conservationists, tiger keepers and education specialists. From a habitat perspective the zoo enclosure clearly needed generous proportions, especially in height – the Sumatran tiger is a keen climber with a preference for observing its terrain from a high vantage point and can boast an impressive vertical jumping ability of up to five metres. The facility also had to meet strict husbandry requirements and be practical for everyday zoo keeper use. Capacity for future additions had to be factored in as well as the sustainability and energy efficiency of the enclosure. From a visitor perspective it was vital to offer a spectacular viewing experience with multiple perspectives, including a prominent, highly visible platform for the education department to deliver talks. All of this needed to be achieved within the existing constraints of the 186 year old site and adjacent architecture.

A team was assembled to turn this vision into reality that included Mike Kozdon of Wharmby Architects and specialist consultants including Base Structures and structural engineers Dexter Associates. Collaborating closely with the zoo, the team could apply the specialist knowledge that is necessary to turn the brief into not only a workable concept, but a flagship zoo enclosure.

A woven mesh structure was designed that could mould itself around the existing footprint shape and soar upwards into peaks, providing the necessary vertical jumping space. This design was not simply a response to the existing site geometry however. 90° angles were carefully and deliberately designed out to present sloping, organic lines to better reflect nature. A 3mm diameter cable woven 316 stainless steel mesh was selected with a 100mm x 100mm aperture – aesthetically the mesh would provide a thrilling experience for the public by virtue of its unobtrusive appearance. Floor to ceiling glass viewing panels topped with a fabric canopy would also allow the public to stand within millimetres of the tigers.

Tiger Territory was intended to be ultimate big cat exhibit for both visitors and the cats themselves. The dramatic form of the zoo enclosure creates a wonderful sense of drama when approaching Tiger Territory through the zoo grounds, yet the unobtrusive mesh allows the enclosure to simply fade away into the background when the tigers are viewed at close quarters. ZSL London Zoo’s brand new Sumatran tiger enclosure was given the royal seal of approval on Wednesday 20th March 2013, when it was officially opened by HRH The Duke of Edinburgh.

The Sumatran tiger enclosure was given the ultimate seal of approval on the 3rd February 2014 when a trio of healthy cubs were born to five year old Sumatran tigress Melati. Hidden cameras in the cubbing den allowed the zoo to remotely monitor the birth and the progress of the cubs 24 hours a day, with exclusive footage released on the ZSL You Tube channel (www.youtube.com/user/ZSLvideo.). The births are not only a huge achievement for ZSL London Zoo but also the international breeding program. 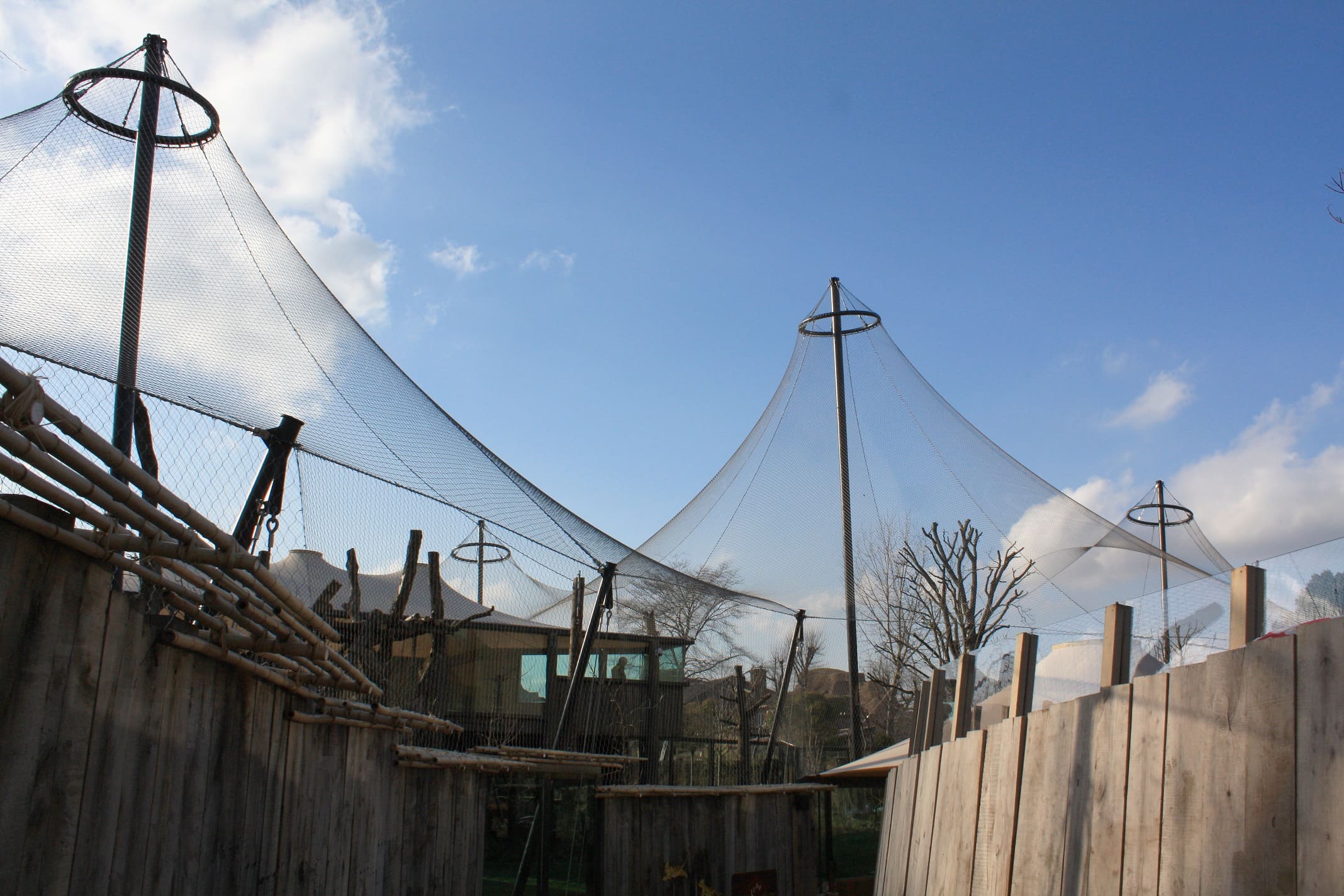 “The project demanded a large, fully enclosed secure environment whose barrier was as invisible as possible. Standard building construction and engineering methods are not suitable for good zoo projects, the key is to adapt materials and technology to suit the purpose.” 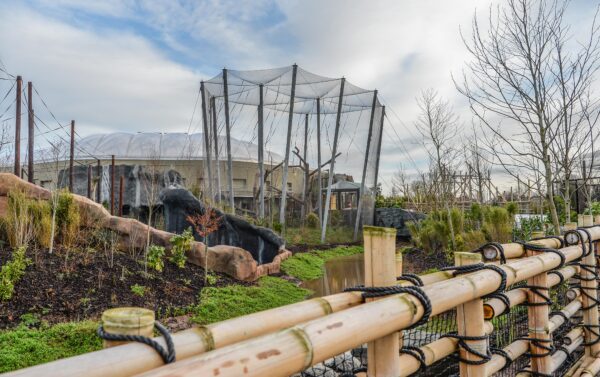 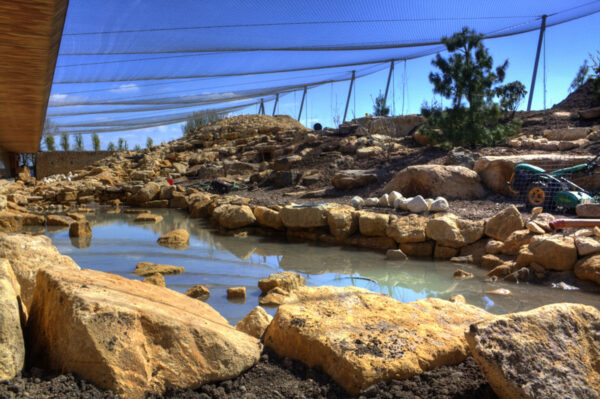 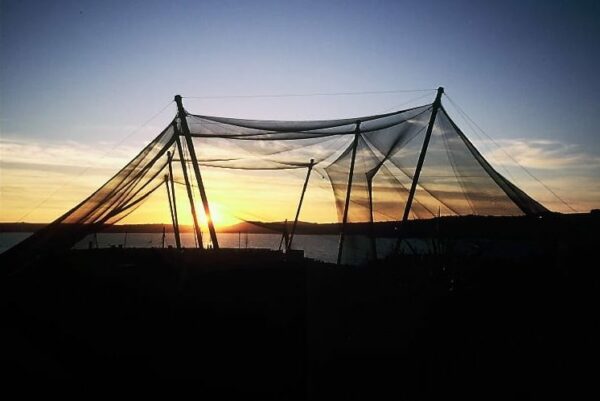